"I'm honored to work with the Corporate Development team to help create a future for ACT that enhances and expands the positive impact we have on the individuals and institutions we serve." 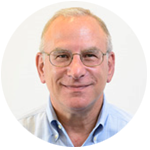 A highly accomplished education and assessment industry executive, Bob joined ACT in June 2017 as a result of a merger between ACT and Professional Examination Service (ProExam), where he was President & CEO since January 2012. He was recruited by ProExam’s board of directors to set the vision and strategy for the organization, which was founded as a nonprofit in 1971.

From 2005 to 2011, Bob worked for the Educational Testing Service (ETS) where he served in a variety of senior level business development roles supporting ETS’s growth initiatives in the Higher Education, K-12, global, and consumer markets.

Bob was previously President and CEO of Boxer Learning and Vice President of Education Partnerships with the Family Education Network (FEN). Bob holds a Bachelor of Science, Management degree from Babson College.