Thank you for your patience as we continue to navigate the COVID-19 pandemic. Visit ACT Testing Amid COVID-19 for information on testing during COVID-19. Visit COVID-19 Resources for updates and digital learning resources to assist students, teachers, schools and workers impacted by COVID-19.

Thank you for your submission. You're now signed up to receive the monthly Counselor Newsletter via email.

Every Student. Every Step.

Preparing students for the future is easier when you have the right resources at the right time, so you can guide them at every step along the way. That is why we encourage you to attend one of the over 200 ACT College and Career Readiness Workshops (CCRW) starting next month. ACT gives you the data you need to measure longitudinal growth, predict scores on the most widely used college entrance exam, and monitor student progress on college and career readiness standards and benchmarks.

“For 20 years I’ve attended the College and Career Readiness Workshops with ACT, and I’ve never ever left without learning something new or being inspired to take something back to my own building.”
— Connie Coleman, School Counselor, Tuscaloosa, AL

Register for a CCRW Workshop

In fact, the score increase from using this ACT Test Prep product is equal to 33% of the 1.64 score increase typically seen in nine months (one academic year) of classroom instruction. When calculated as an average per-month increase in ACT Composite score, by months of instruction, the average ACT score increase of these users corresponds to nearly two and half months of attending school.

The increase in ACT Composite score among these ACT Test Prep users, as compared to non-users, was greatest for low-income students, followed by middle-income and high-income students respectively. As shown in the figure below, low-income students who enrolled in these live test prep classes increased their score by almost 1 point more than that of low-income non-users.

Students taking the ACT using a Fee Waiver get ACT Kaplan Online Prep for free so encourage your students to take advantage of the proven study aid to increase their ACT test score.

Learn more about ACT Kaplan Online Prep Live  and see why it’s making a difference for students regardless of background. 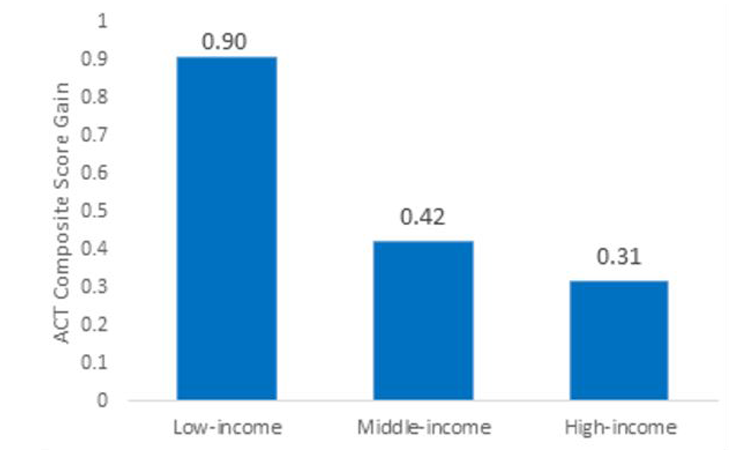 ACT Kaplan Online Prep Live provides students with live instruction and practice on ACT test subjects through a virtual classroom experience that delivers all the benefits of expert instruction at an accessible price.

Coming to a school near you: The Back to School Pack from ACT

ACT is about more than just a test. We want to empower you to open doors, build confidence, and unleash the potential of your students. This year’s Back to School pack contains support materials for 2018-2019, ACT Fee Waiver information, and a useful guide to share with your students. There’s no telling how far you can help them go.

Class of 2019: The One Thing Your SENIORS Should Do Right Now

A Common Misconception About Financial Aid

When it comes to college funding, a common misconception students have is thinking their family makes too much money and, therefore, they are not eligible for financial aid or scholarships. In fact, this may be the top reason why students don't receive as much money as they are eligible for. Colleges are responsible for distributing the federal government's funding, as well as their own endowment funds. Help students eliminate the financial stress of college by maximizing their knowledge of financial aid.

Lead them to this Class of 2019 article which explains:

Easily share this information with your seniors and their parents through this email communication and social media message: 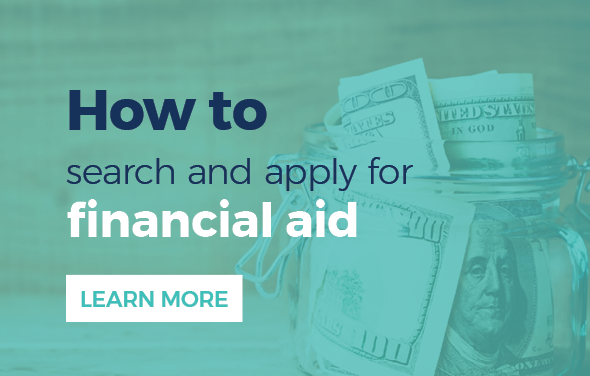 Class of 2020: The One Thing Your JUNIORS Should Do Right Now

For most students and parents, the college search is overwhelming with over 4,500 degree-granting colleges and universities in the United States! Last month, we worked on college majors to consider. The next step for your students is to narrow the search by identifying colleges that have a strong program for prospective majors. This exercise will refine the college list to a more manageable 15.

Direct your juniors to this resource library which has information on:

Help the class of 2020 explore majors and careers by sharing this email communication and posting this social media image:

Class of 2021: The One Thing Your SOPHOMORES Should Do Right Now

College may be last thing your sophomores are concerned with. And, while we agree that it’s a long way off, we also know that what kids do now lays the groundwork for their life after high school. So help their future selves by showing them how thinking about college and considering how their sophomore year decisions might impact that college experience.

Show your sophomores this webpage which covers:

Send this email communication and post this social media image for your sophomores, guiding them to this information packed webpage:


Every Student. Every Step.

Attend a FREE professional development session near you this fall, where you’ll have the opportunity to work with your peers as you develop new strategies to help your students and your school succeed.


Webinar: Connect the ACT Profile Report to Your Curriculum