Thank you for your patience as we continue to navigate the COVID-19 pandemic. Visit ACT Testing Amid COVID-19 for information on testing during COVID-19. Visit COVID-19 Resources for updates and digital learning resources to assist students, teachers, schools and workers impacted by COVID-19.

Thank you for your submission. You're now signed up to receive the monthly Counselor Newsletter via email. 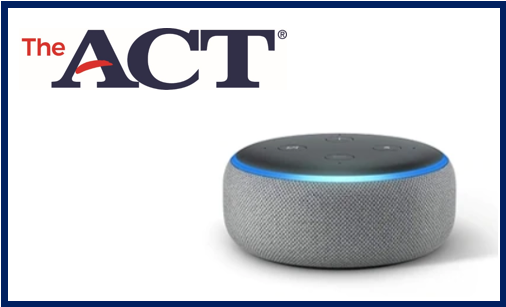 "Alexa, How Do I Prepare for the ACT Test?”

More than 100 million devices have been sold that use Alexa, Amazon's cloud-based voice service. High school students will soon be able to use Alexa to help guide them through the ACT test process at home and even receive test prep coaching through ACT® Academy™, ACT’s free online learning tool and test practice program.

"Students can use their Alexa-enabled device to ask the ACT Assistant what the ACT test measures, when and where they may take the test, and how much it costs," said Alina von Davier, Senior Vice President, ACTNext. "Alexa can conversationally remind students about the registration deadline for an upcoming test date, when to upload their photo, and what to bring on test day. It can even provide test-taking tips."

ACT's upcoming Alexa skill was demonstrated at the International Society for Technology in Education (ISTE) 2019 Conference & Expo in June. "Our plans include bringing the ACT Assistant to life with test information and guidance to students in the native digital world they are familiar with and comfortable using," said von Davier. "Students will be able to rely on the system as a virtual coach for learning and as a personal assistant to help them navigate the test process."

How Students Use Alexa for Prep
ACT Next-Amazon Press Release

Do Students Understand the Ins and Outs of Financial Aid? 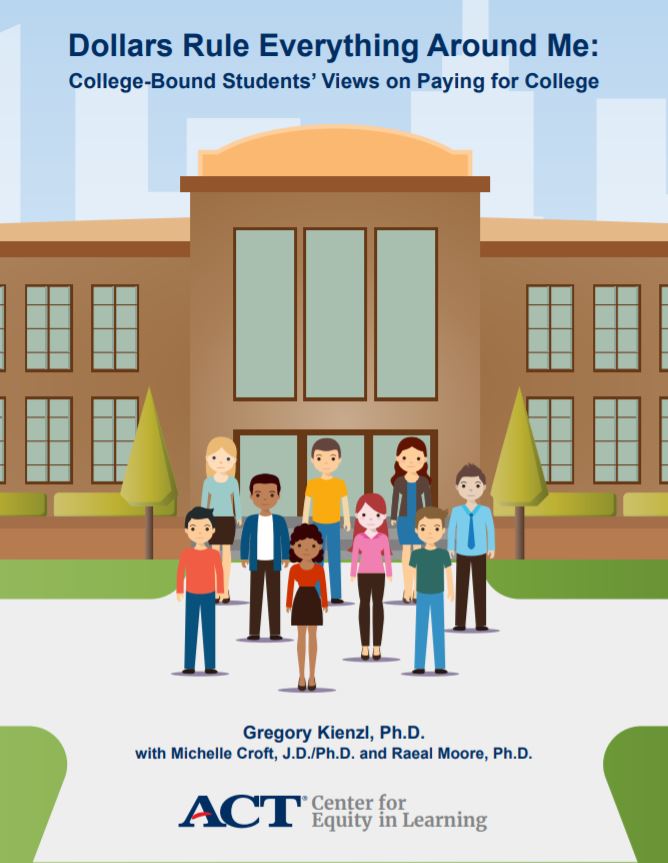 The degree to which college-bound students understand the long-term consequences of student loan debt is the subject of Dollars Rule Everything Around Me: College-Bound Students’ Views on Paying for College, a new report by ACT and its Center for Equity in Learning.

Finding the funds to attend college often means that many students must acquire loan debt through financial aid. This confusing but critically necessary process can influence college planning and enrollment decisions, post-college employment, and other important life choices, such as enrolling in graduate school, buying a home, or getting married. There is a gap in financial literacy for students that must be fixed so they better understand the financial aid process and its implications. The report presents a more nuanced view of high school students’ needs around financial aid decisions and how best to meet them. In the report, you’ll learn:

Read the Full Report
Get the Infographic (PDF) 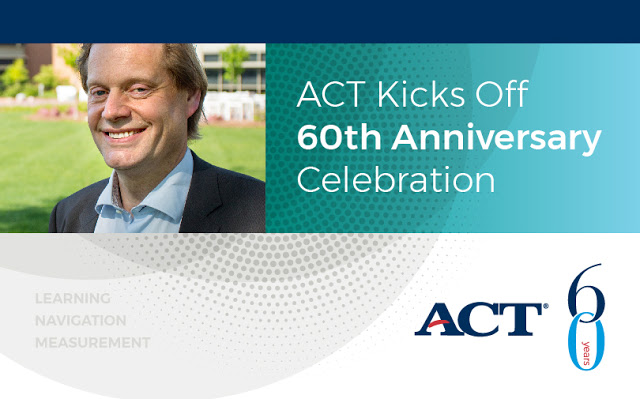 ACT’s founding in 1959 occurred in a time of tremendous change, including the additions of Alaska and Hawaii to the union. Across the world, 40 percent of people were illiterate and only 4% of students in impoverished countries attended school.

Back then, ACT was called “American College Testing.” In its 60 years, the organization has far outgrown all three elements of that name to serve learners of all ages across the globe with tools that both measure and improve individuals’ readiness for college and careers.

In a recent blog, ACT CEO Marten Roorda reflects on ACT’s beginnings and its future, paying tribute to E.F. Lindquist, founder of ACT. “His ideas continue to shape ACT as we embrace emerging fields such as computational psychometrics. Today, we’re anticipating that the approaching convergence of learning, measurement, and navigation will both transform and enhance education, just as Lindquist did when he wrote, 'In the highly individualized systems of computer based and computer assisted instruction of the future, it will be almost impossible to distinguish the testing materials from the teaching materials.’ ”

Go to the ACT Leadership Blog

Three Meaningful Years of the ACT Center for Equity in Learning 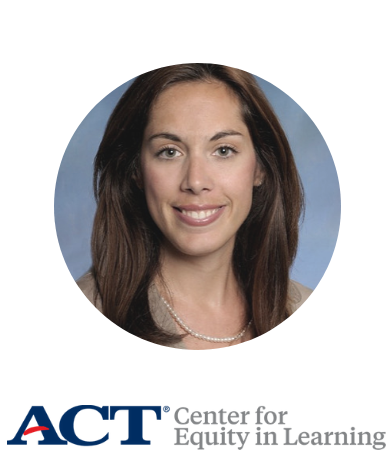 "Working toward education equity is tiring, but inspiring! It's going to require that we stay in it for the long game to make changes and ensure they stick. The past three years with @ACTEquity have done just that, and I can't wait to see the long-term effects of what comes next!"

The ACT Center for Equity in Learning (CEL) has a mission that’s as clear as it is compelling: helping underserved learners and working learners achieve education and career success. The Center is celebrating three years of supporting innovative partnerships, initiatives, campaigns, and programs that help young people succeed in education and the workplace.

“In three years, we’ve spent our time deepening our relationships with partners across the education landscape in the pursuit of closing gaps in access and opportunity,” said Christina Gordon, senior director of CEL. “We’ve dived deep into research questions that affect underserved populations and made recommendations for addressing some of the challenges they face. And we’ve convened stakeholders to ensure that we are not just talking amongst ourselves but are reaching out and gaining new and critical perspectives on education equity and success for all students. This work is exciting and we’re proud to be able to do it—and we’re looking forward to making even bigger strides as we look into the future.”

Educators continuously look for ways to enhance their teaching strategies and skills. The ACT Certified Educator program is designed to recognize educators who are fully equipped to help students take the ACT test, preparing those students for college and beyond. Training sessions for those interested in becoming an ACT Certified Educator are coming soon.

To be eligible for certification, applicants are required to complete the ACT Certified Educator Basics course and pass qualification and certification assessments in the corresponding subject area:

One- and two-day training opportunities will be available soon. Sign up below to be notified by ACT Certified Educator training is available in your region.

Effects of Social and Emotional Learning on Student Achievement

A new research brief by ACT investigates the moderating roles of motivation, social engagement, and self-regulation in predicting academic achievement in grades 11–12 for more than 3,000 students in grades 7–9. Standardized tests of college readiness (the ACT test and ACT® Explore®) and self-reported measures of social and emotional learning (ACT® Engage® 6–9) were used in the study. Among the findings:

How to Start Job Shadowing

Job shadowing is a great way to get a glimpse into a profession you’re interested in pursuing. Each experience will help you identify the direction you want to go in your future.